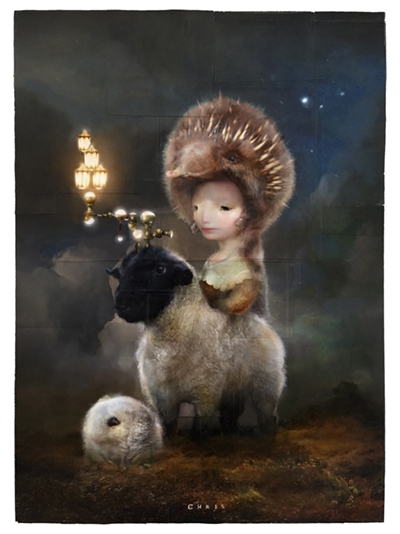 
Before becoming a shepherd, Amos was a sycamore fig farmer. His prior professions and his claim "I am not a shepherd nor a son of a shepherd" indicates that Amos was not from the school of shepherds, which, he claims, would qualify him as a true shepherd. Amos' declaration marks a turning-point in the development of shepherdism.

It is not mere chance that his buddies Hosea, Isaiah, Jeremiah, Ezekiel, and almost all of the shepherds with a significant amount of sheep seek to protest against the suspicion that they are professional shepherds. He made his point vigorously that no one ever asks him about shepherism.

It’s been many years, now and Amos has been at his game very happily. He stands on his hill, leaning on his favorite sheep, accompanied by his favorite shepherd’s squirrel and sighs. He is Amos. King of his hill and happy, after these years. Amos is a shepherd.