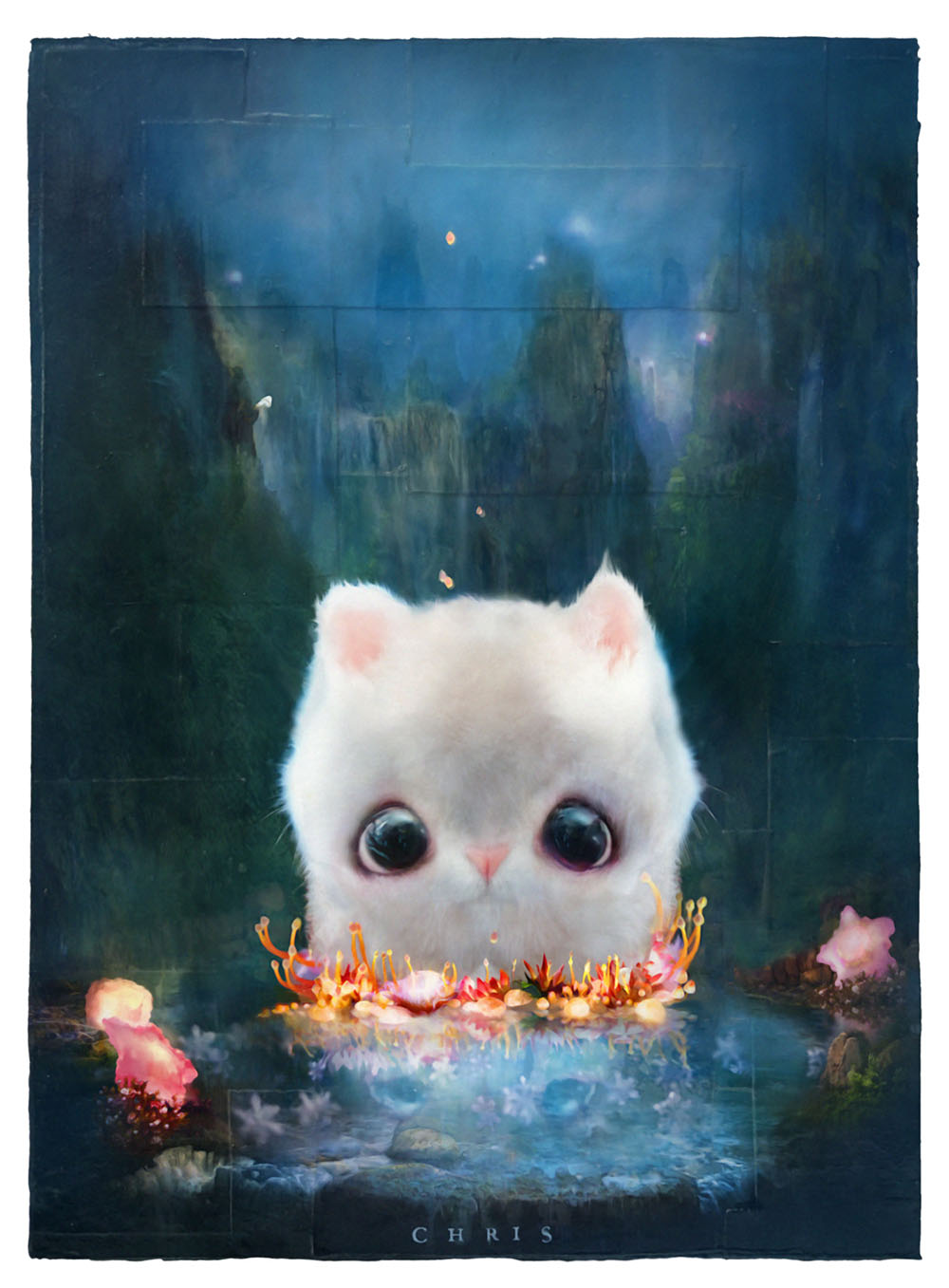 
Aoshima lives on an island in the Ehime Prefecture, which is mostly known for its very large feline resident. Aoshima was known to have outgrown local humans by ratio of 10:1.

But as both tourists and residents kept bringing her treats and offerings, in the last known poll the ratio had greatly increased to almost 36:1, until she had the exact measurements of the island itself, and the last human fled to the mainland, leaving her to be the sole resident and namesake of the island. Now her best friends are fish, coral and the occasional seagull. She’s one big, happy feline.

AOSHIMA still can feel lonely sometimes, too. Whenever she’s in need of human companionship, she visualizes her deepest wish, and a new friend presents itself from an unexpected angle. And there you are. You are everything she could hope for and she hopes the feeling is mutual.