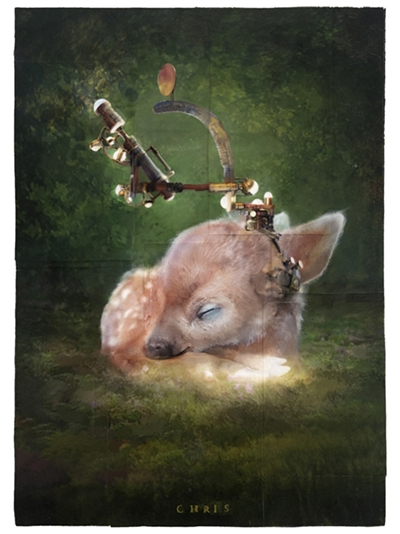 
ASTRAEA, meaning "star-maiden" or "starry night",is the daughter of Astraeus and Eos, ancestors of the Cervinae, the Old World Deer.

Astaea is the maiden goddess of justice, innocence, purity and precision. She was the last of the immortals to live with humans during the Golden Age, the first of the Ages of Man.

In the present and ongoing Iron Age, the last of the Ages of Man, the world is extravagantly out of control. People covet gold and despotism, family and friends fall out and come to face each other. Astraea abandoned the earth in the beginning of the Iron Age. Fleeing from the new wickedness of humanity, she ascended to the heavens to become the constellation Virgo. Although some say that the fifth and last of the deteriorating Ages of Man was ushered in by the evacuation of Astaea.

According to myth, Astraea will one day come back to Earth, bringing with her the return of the magnificent Golden Age.

ASTRAEA is innocent. She is pure, just and precise. She has no agenda. Let alone a second or a third. When something feels good, it’s good, when it doesn’t, it’s not. She doesn’t pass judgement of value, but she does value her own judgement.