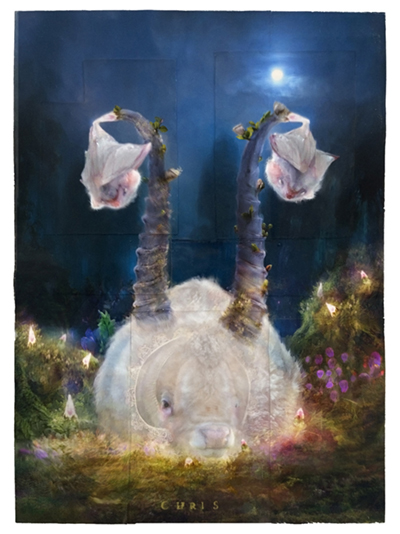 
Billy grew up in a rough neighborhood. His father was a tough guy and an undefeated hombreador. Billy learned how to be quick as a cat and to eat like a bear and he’s grown up to be quite a bulky chunk of beef. He, now, is the undefeated champion. He does his part. He fits in. Half his village loves him. The other half is afraid of him. He’s everything his father hoped his boy would grow up to be. But there’s a part of Billy that doesn’t want to fit in. Not here. He wants to give it all up.

Well, not everything. He loves being quick as a cat. He enjoys eating like a bear. He just wants to follow his heart. See, he’s been looking at these two guys that frolic around town that everybody laughs at. Always joking about them behind their backs. They seem so happy. The look so free. Not caring what anybody thinks, ‘cause it’ll only be a second and then there gone. Billy wants to be part of that. Billy wants to dance. He loves to dance. And he loves to cook. Billy wants to be a dancing cook.

BILLY EL BULLI is brave. Even though he feels his family might not understand, his surroundings might not accept, he listens to his heart, he follows his dreams. And that, is bravery.