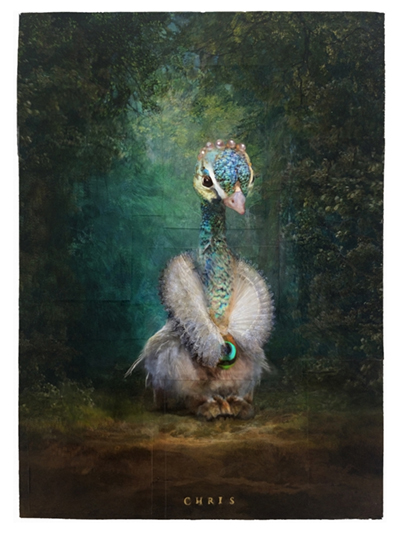 
After a storm all but destroyed the royal hen house, Eleanor Gwyn became a celebrity figure during the Restoration period.

Praised by fellow fowl for her comic performances as one of the first actresses in the henhouse, she became best known for being a long-time mistress of King Cock-a-Doodle-Doo of West-Fowlia. Called "pretty, witty Nell" by the royal household, she has been regarded as a living embodiment of the spirit of her time and has come to be considered a folk heroine, with a story echoing the rags-to-royalty tale of Cinderella. Speculatively due to her masculine energy, she was sometimes referred to as William Nell.

ELEANOR GWYN is a positive spirit and a show girl. When life sets you back, instead of throwing in the towel, she creates, sees and seizes opportunities to turn a seemingly hopeless situation around.
.
Sold
Download factsheet