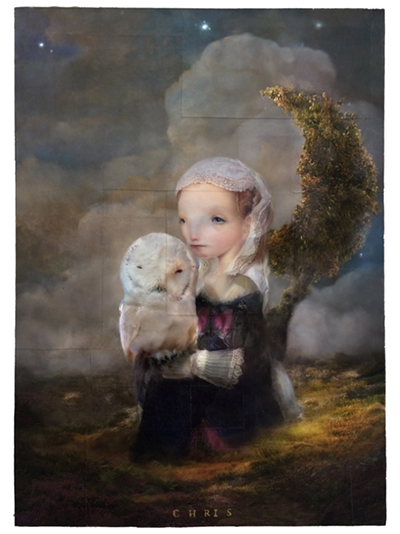 
Entgen is an Independent woman. She can take care of herself and she doesn’t need people to tell her what to think, feel or believe.

In the era of the Seven Netherlands, a witch trial was conducted in the summer months of 1674. The accused was Entgen. She was arrested on charges of “Hexerei oder quaede Zauberei" (Witchcraft or malicious Wizardry). She was held captive in the dungeon of the local castle.

A request to the court was put in writing to hear on 31, often rather curious, points and the prosecutor demanded that the accused be forced to confess. Brave and strong as she was Entgen did no such thing, but it didn’t matter.

Near the end when time and space started to dissolve, she looked at the darkening sky, acknowledged the imminent signs of the storm approaching and called her dear owl friend Susan for consultation and guidance. She turned to warn her fellow villagers for the impending storm and advise them to seek shelter, who, in turn, ran off screaming “Hex! Hex!”.

Entgen and Susan looked at each other and smiled. Then together they wandered into the open field to watch the dark clouds accumulate and feel the wind brush their cheeks. Sensing the gentle scent of white jasmin, she patiently awaited the rain.

ENTGEN knows. She knows the soul of the water and the earth, the air and the fire. And of the spirit itself. She does not fear the night as in her darkest hour, the moon and stars talk to her, comfort her and sing their song of wisdom, welcoming her home. They know she knows. They have been telling her so her whole life. And that is enough for her.