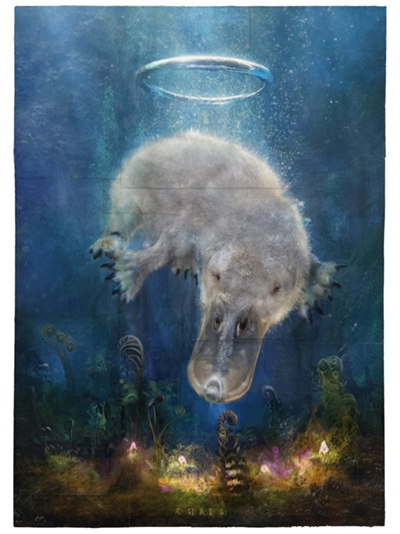 
George is a botanist and zoologist. Although George was born in a beer barrel, he was educated in Oxford, receiving his M.A. after years of hard work. He took up the profession of medical practitioner for stuffed animals. 2 Years later, he became the assistant lecturer in botany at the University of Plant Science. He was a co-founder of the Society of making up names for plants and animals, and became a fellow of the Royal Society of Topdogs and Bigwigs.

A year later George became assistant keeper of the natural history department at the Museum of Stuffed Animals. He found that most of the items donated to the museum were in very bad condition. He stated it was impossible not to entertain doubts as to its genuine nature, determined many of the stuffed animals and birds had gotten mixed up in parts and put together quite badly and had to be burnt.

At a later age, he slowly drifted away from his medical practice and focused on his intrinsic artistic drive. Combining his two passions in the field of herpetology, he made up numerous new species of reptiles and amphibians.

GEORGE has worked very hard. He has earned every bit of respect and appreciation he received in his professional career. When he started having doubts, he explored and found other passions. Instead of deciding to go in another direction, he took it one day at a time only to find out his two seemingly incompatible passions in life turned out to be a great combination.