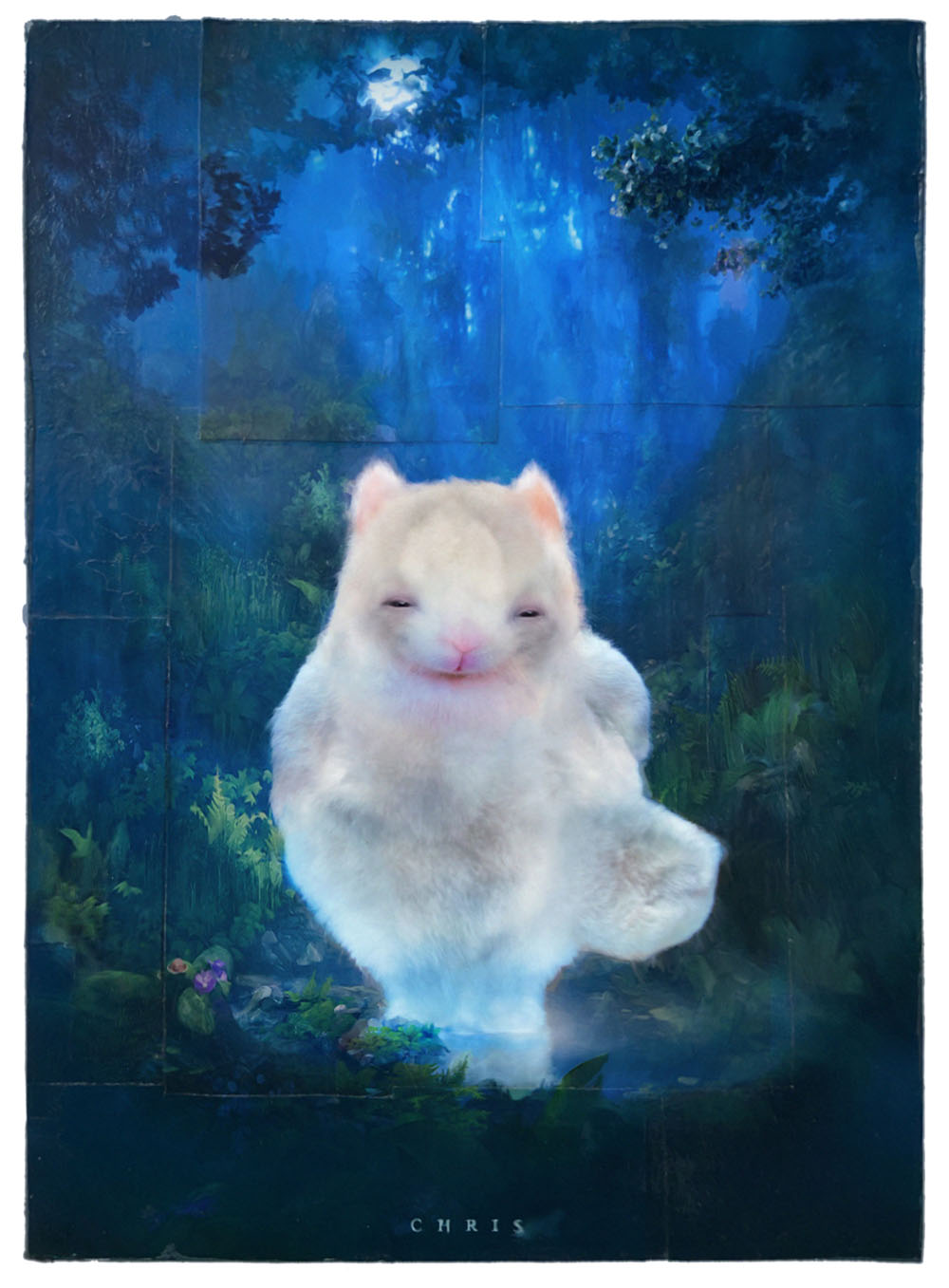 
Throughout many cultures cats are considered to be mystical creatures whose eyes are windows peering in from other worlds. In the case of Jack, this is actually true. Jack, the Norwegian Forest Cat is a fairy or a goblin in disguise. Sometimes he’s a fairy, sometimes a goblin, sometimes a troll, and sometimes he’s a creature we wouldn’t even remotely have a word for.

If you stare deeply into his eyes you can see visions of the worlds of the creatures that are watching us through those peering eyes.

JACK is a cat. Only his cat shaped vessel is from this world. What goes on on the inside is definitely not. He sees things you don’t see. He looks at you from another dimension. He analyzes and balances you with a supernatural yardstick. And however peculiar or abstract his findings, tomorrow his judgement might be utterly, unexpectedly insightful, confronting or equally confusing.