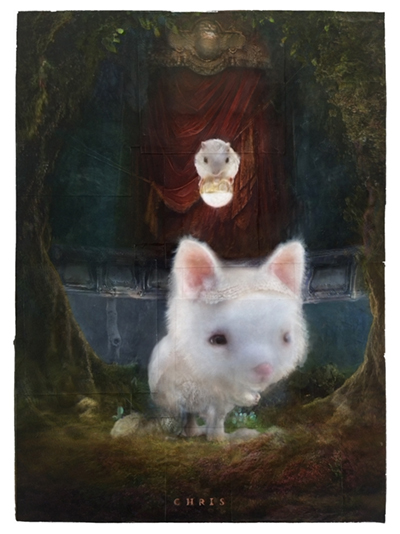 
Julie is an opera singer. Little is known for certain about her life; her tumultuous career and flamboyant lifestyle are the subject of gossip, rumor, and colourful stories, and have inspired numerous fictional and semi-fictional portrayals.

Julie is the daughter of Gaston, the Master of the Horse for the King. Her father trained the court pages, and so his daughter learned dancing, reading, drawing, and fencing alongside them.

The Opéra has hired Julie, having initially refused her. She debuted as the first marsupial opera singer some years ago. She performes regularly with the Opéra, initially singing as a soprano, and later in her more natural contralto range. The local Marquis wrote in his journal of a performance by Julie that hers was "the most beautiful voice in the world".

When Julie learned that singers were addressed as "mademoiselle" whether or not they were married, she changed her stage name into La Marsupilalala.

JULIE is a diva without the appurtenant demeanor. She has payed her dues. She hasn’t cut any corners. She is a self-made star, but knows where she came from and takes her exemplary function to the new generation very seriously.

GASTON is a proud father. He was ambitious in his day, but gladly steps aside for the new generation.