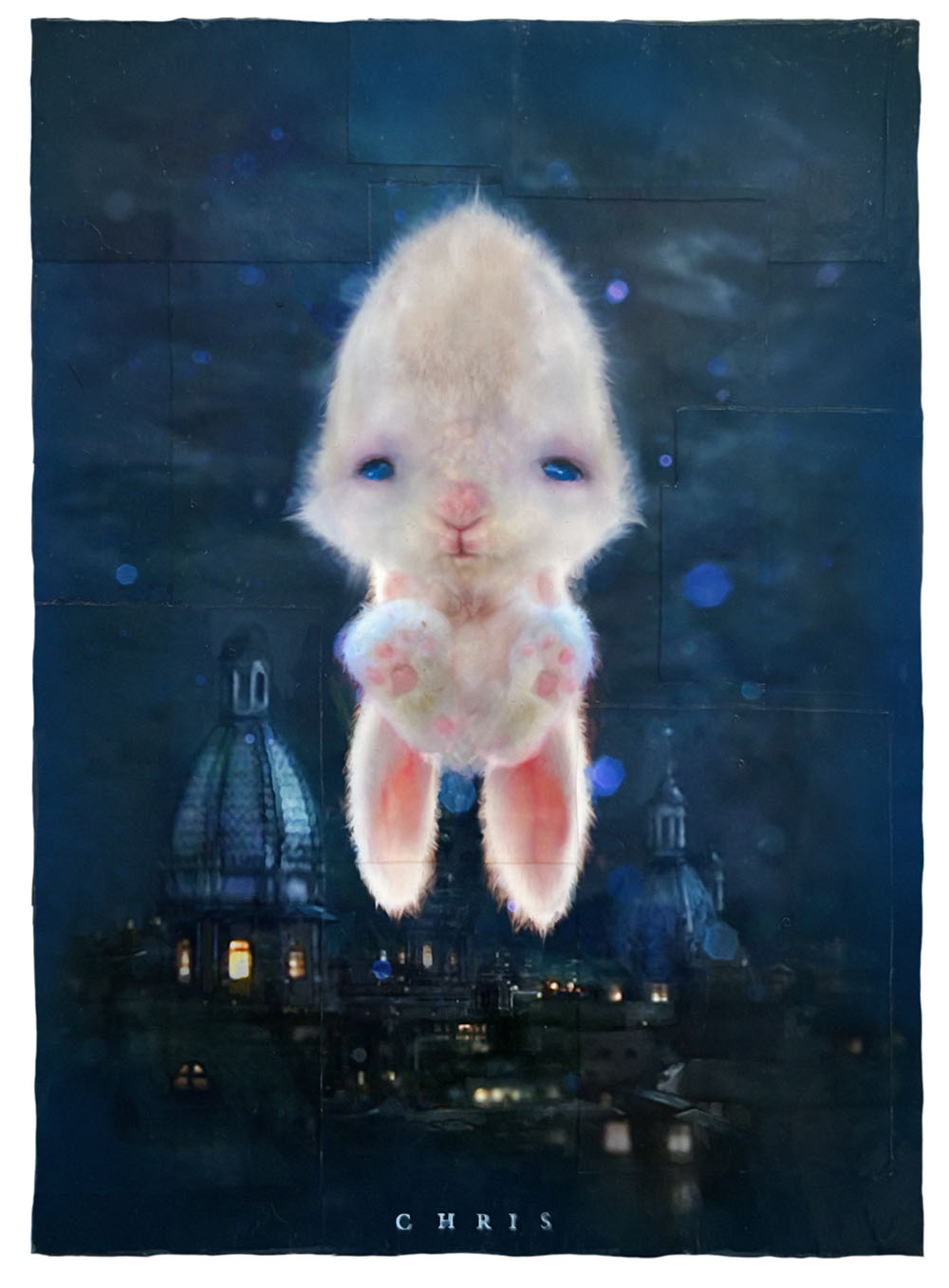 
Louis is the first rabbit to successfully appear from a hat in the year 1814.

The unsuspecting man whose top hat Louis had managed to crawl out of, stood trial before 3 Kings for an unknown crime. He stood before the defiant task to impress all three Kings, on penalty of banishment from the Kingdom.

The accused was of little talent, skill or genius. He was just about to take his loss, bid his Kings farewell, grab his belongings and go into exile, when he saw 2 fluffy ears peeking out from the brim of his top-hat.

Louis remained a celebrity for many years. Up until this day, Louis still loves to emerge unannounced from top hats. Nowadays, it’s usually magicians he surprises, as top hats have been out of fashion for decades.

LOUIS has faith in you. He will stand by your side and make sure you succeed. Even though it may feel like you have to do everything by yourself, he will stick with you and make sure you get the job done. He will not give up on you. He is lovable, cuddly, is fond of narrow dark places and carrots. He makes YOU look good.