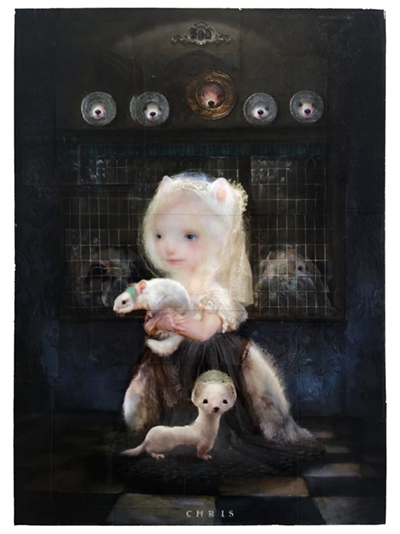 
Maria was born in Gouda, you know from the cheese. She married a prominent and prosperous brickmaker. He was a bit of a tool, she wanted to divorce him, he refused, but she received a considerable sum of money from him. Years later, Maria got into a rough patch when her land was flooded to prevent the Meanies’ army crossing the Goodies’ Water Line and then her son-in-law borrowed money by fraudulently using her name.

After all this time, in the autumn of her life, were you to ask her what’s the single most important thing in the world? Her answer would be love. In her case, Ignatius and Cornelia. To love them and to have them love her back.

MARIA has been through a lot but has never let life’s troubles take her down or affect the way she sees the world. Misfortunes and setbacks have made her wise, not cynical. Hard lessons have softened her judgement on herself and others.