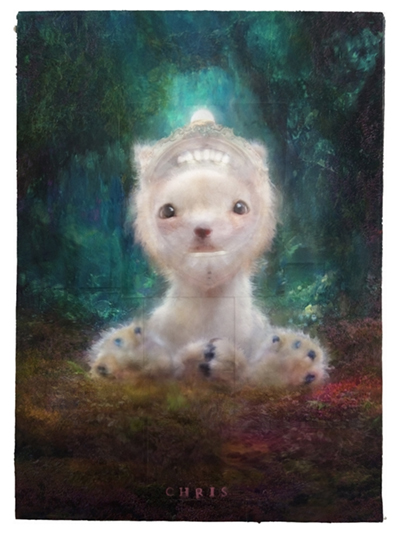 
The original red knight was King Ither. Ither is the son of one of the sisters of Uther and therefor a cousin of King Arthur. The young Parzival wants to be a knight and is obsessed with Ither’s shining armour and can think of nothing else he could ever want more or even equally. In the heart of one of his tantrums focusing on the object of his obsession, Parzival pokes king Ither in the eye, takes his armor, puts it on, starts calling himself the Red Knight and rides off on Ither’s horse in search of a mentor, who will instruct him in the ways of knighthood.

He meets one of the knights of the Square Fable who teaches Parzival the most important duties of a knight are self-control and moderation. He then realizes what he has done, turns around and rides for many moons until he arrives home. He is determined to make right what he’s done wrong. He finds King Ither, and offers him his armour, his horse and his humble service. King Ither laughs, puts his hand on Parzival’s shoulder and tells him to rise like an equal, for he has successfully passed the test and may now officially call himself the Red Knight.

PARZIVAL is able to see and acknowledge his weaknesses. He is prepared to admit he was wrong. To himself and to others. Without the sensation of losing face. This way you cannot lose. Either you win, or you learn.