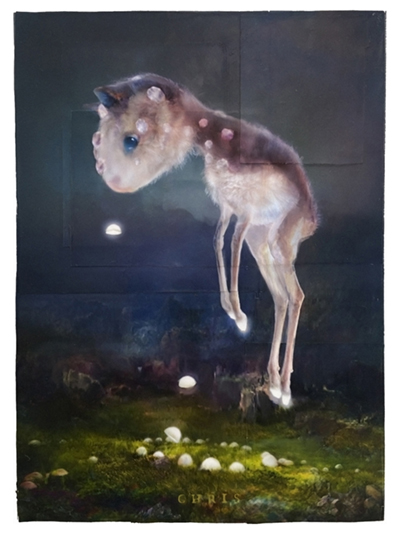 
PIXIE loves a good fairy ring. He is something of a fairy ring chaser. He just can’t get enough. Some might even call him a fairy ring nut, but that’s really not fair. You see, fairy rings are actually rather interesting phenomena and Pixie has found out quite a bit about them. For example, in England fairy rings are caused by fairies or elves dancing in a circle. When humans join in the dance they will be punished by the fairies, and made to dance in the ring until they passed out from exhaustion. Pixie is not human.

In Germany, fairy rings are actually known as witches’ rings. They are the place where witches dance on Walpurgis Night, a spring celebration taking place exactly six months before Halloween. Pixie can’t wait. He’s already bought his ticket to Germany.

And in Austria, dragons are to blame for the appearance of fairy rings. They burn them into the forest floor with their fiery tails.

But that’s not all Pixie’s found out. In some countries they are portals to another world, in others the mushrooms are simply used as dinner tables for fairies. Sometimes they bring good luck and they might just be a sign of a fairy village underground. But whatever you do, never step into a fairy ring, as you may become invisible or become trapped in it, like forever.

She’s not naïve, though. She does strive to remain her good sense. And as much as she asks herself “why shouldn’t I?” she also, from time to time poses the question: