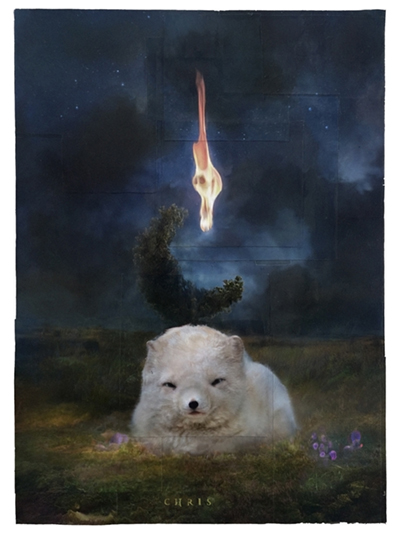 Yoki has been experiencing that he starts to possess paranormal abilities that increase as he gets older and wiser. According to Yoki’s mother, all foxes have the ability to shapeshift into human form. While his father speaks of foxes employing this ability to trick others— as foxes in folklore often do—his mother portrays them as faithful guardians, friends, and lovers.

Other supernatural abilities commonly attributed to Yoki’s kin include possession, generating fire or lightning, willful manifestation in the dreams of others, flight, invisibility, and the creation of illusions so elaborate as to be almost indistinguishable from reality. Some tales speak of foxes with even greater powers, able to bend time and space, or take fantastic shapes such as an incredibly tall tree or a second moon in the sky. Willow is brand new. She is what they call a Kitsune-bi.

WILLOW AND YOKI have special powers. To love, to befriend, to protect, to trick and to deceit. It’s all inside them. They have to choose wisely which power to feed and which to starve.