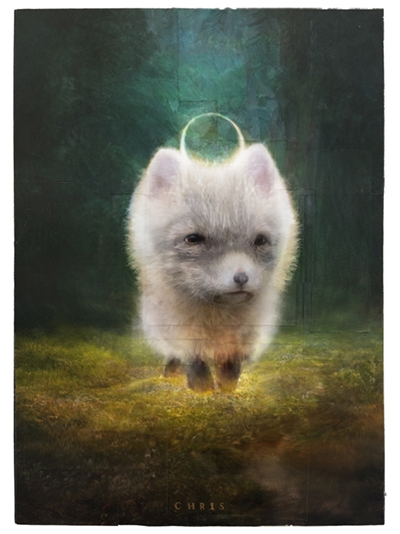 
There was an old sky-blue maned she-wolf named Asena. She wandered into a deserted village, where she heard a strange howling. She found a young wolf that looked nothing like her, did not speak her language, nor did it wear the same fur, did not even walk on four paws.

She took the youngling, put her on her back and ran back to her den. There they remained and they became a family. Years later, Asena gave birth to Yizhi. Yizhi was no ordinary wolf.

YIZHI is different. He doesn’t resemble his father and he isn’t anything like his mother. But instead of feeling lost and alone, Yizhi feels special and unique. But Yizhi also knows that we all are special, we all are unique. And we are all different. And we can all feel lost and alone sometimes.