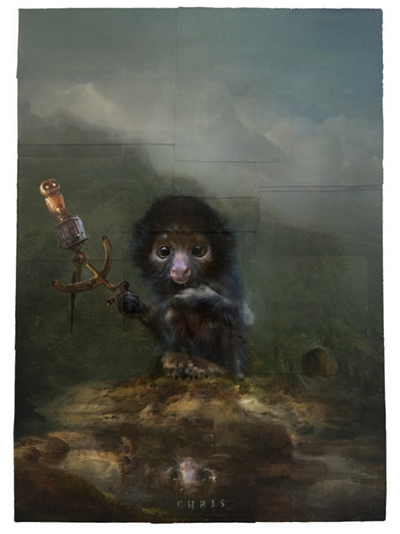 
Antonio is an instrument maker best known for his association with the polymath Figaro, for whom Antonio produced instruments including a military compass.

Antonio is the son of a clockmaker. Antonio had been working as an instrument maker for years, when suddenly, Figaro entered his shop and hired him as his personal instrument maker, and Antonio's wife became Figaro’s cook and housekeeper.

During the four years he lived Figaro’s household and thereafter, Antonio constructed instruments for Figaro, notably the military compass that Figaro invented and sold. Antonio would build more than 100 of these compasses for Figaro, making him the world’s first mass producing monkey. Antonio also helped Figaro produce other instruments, including botched balances, tushy thermometers, monkey magnets and various kinds of drawing tools for cave people and architects.

For his services, Figaro paid Antonio a meager salary of six bananas per year (in addition to room and board), and has not been caught complaining by anyone, ever.

ANTONIO is humble and takes pride in what he does as well as in who he is. He takes life as it is served and will strive to find satisfaction and achievement within its limitations.