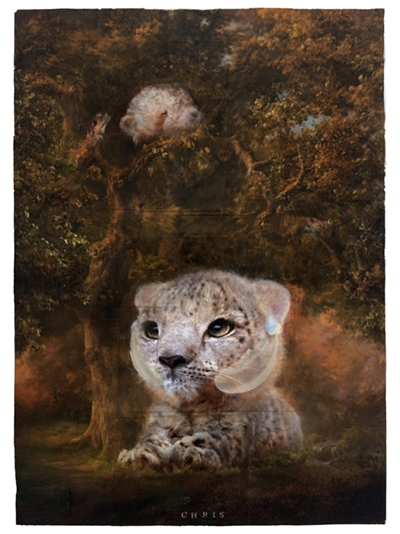 
Caroline is the wife of Rudyard and the custodian of his human cubs in his absence. Carrie was born to a prominent local family with a reputation for being unconventional.

Carrie met Rudyard via her brother, who was in the Raja’s menagerie with Rudyard. She was the mastermind behind the escape of Rudyard and her brother and took a cheetah, a sloth bear, an elephant, a couple of grey langurs, a golden jackal, a bat, a peacock, a porcupine and a pack of dholes with her in the process. And after she led everyone out of the menagerie safely, she taught Rudyard how to transform his collar and chain and wear it like a crown. When Carrie’s brother decided to join the circus, Rudyard was distraught and spent time with Carrie, wooed her and married her a week later. The bride was given away by two large water buffalos called Rama and Mysa, who exclaimed "It’s a union of which we cannot forecast the future."

Rudyard had planned a round-the-jungle trip for their honeymoon, but Carrie insisted they build a home for run-away human-cubs instead.

CAROLINE is a mother in every fibre of her being. She is comfortable in the background but is confident to take place in the drivers’ seat, she can make tough decisions in the name of love. Even when she is strict, she is sympathetic, warmhearted and merciful.