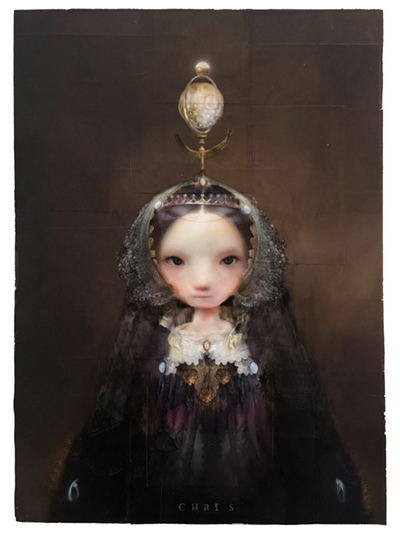 Before Gabrielle's mother disappears, she manages to find a kind looking beast and she places it in a magically hidden abbey until Gabrielle grows old enough to meet him. She leaves a magic mirror in the abbey, so the hairy beast, called Lob, can look at his future wife and doesn’t have to feel so alone. Even though it’s a one-way-mirror, Gabrielle stands in front of it as often as she can.

GABRIELLE has an open mind. She will not be influenced by other people’s beliefs or superstitions, predictions or warnings. She will approach any situation with an open view, without prejudice, bias or preconception.